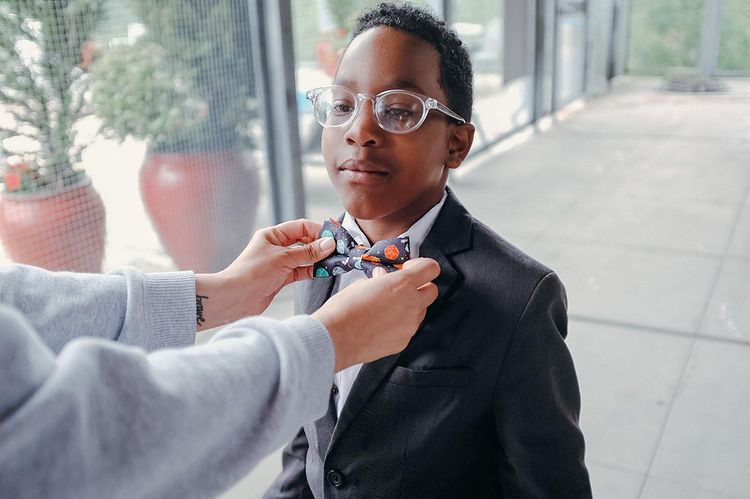 In 2016, Sara Lucero and her family came to Bonfire to raise money for their adoption. They were working to adopt Kohen, a then-4-year-old boy, from the foster care system. Little did they know, they would return to Bonfire to fundraise for Kohen’s nonprofit Team End Racism, just a few years later!

“He’s always had a compassionate heart and resilient attitude.”

2020 has been a hard year for many reasons. The year brought feelings of fear, uncertainty, and unacceptance. With social inequalities thrust back into the spotlight, questions began to surface in Kohen’s mind. After many long talks with his parents about racism and bullying, he knew he had to take action. Team End Racism’s mission is to raise money to buy diverse books and donate them to school libraries. Their original goal was $1,000 and in a short two weeks, they had raised over $17,000!

We caught up with Sara and her son Kohen (virtually) to hear a little bit more about how they are using Team End Racism to fight racial injustice and make a change in the world.

Tell us a little bit about yourself!

Both: We are a mother & son duo based out of the greater Seattle area. Mom is a photographer and Kohen is President and Founder of the nonprofit, Team End Racism. We work together, but it’s clear who the boss is.

What originally brought you to Bonfire?

Sara: We were raising funds a few years ago to pay for an epic and long-awaited adoption celebration for Kohen. He proudly wore his “Families don’t have to match when their hearts do” shirt at Disneyland the weekend of his adoption!

What sparked the idea for Team End Racism?

Kohen: I saw my mom watching protests, and then she told me one of my classmates didn’t want to play with me because of the color of my skin. And then I said “HEY! I have an idea for Team End Racism! But how will we get people to join?”

How have you helped Kohen turn his big idea into a reality?

Sara: I told him I would post about it on my personal Instagram account and hoped a few friends would want to support his idea. But then, A LOT of people showed interest in Team End Racism and asked us how they could help. Then out of nowhere, we got connected with actor Sean Gunn (Guardians of the Galaxy Vol 1, 2, 3, and Gilmore Girls) and his wife Natasha by one of my followers. They wanted to join his team too! So we got to thinking and decided together that the best way to end racism starts with kids. Kohen wanted to raise money to donate diverse books to his school library. We set a goal of $1,000… but people showed up big time and far surpassed that!

Who else has helped you form Team End Racism and get the word out about this cause?

Sara: By far our biggest supporters have been Natasha and Sean Gunn. They filmed a really great video all about Kohen and put it on their social media, and within hours our GoFundMe really took off. They have stuck with us through everything and have helped us turn Kohen’s idea into an official nonprofit! They currently serve on the board, as well as his dad and I.

Check out the Board of Team End Racism here.

What’s been hard about running this organization as an 8-year-old?

Kohen: Learning how to tie a tie, school, and coming up with new ideas that hopefully people would like.

What’s been the coolest thing to happen since starting Team End Racism?

Sara: Kohen says getting the Team End Racism bank account started- ha! I say it was his feature on King 5 News over the summer!

What is your favorite diverse book and why?

Kohen: A Kids Book About Racism, because it explains racism in an understandable way for kids and helps them ask questions.

Sara: Brown Boy Brown Boy, What Can You Be? The boy on the cover looks like Kohen and he got to read it on the air.

How would you like to see Team End Racism grow in the coming months/years?

Kohen: I’d really like to see people start to grow in their acceptance towards others and join Team End Racism. I also really want to sell more merch and even write a book! I love my logo.

What is your favorite thing about Team End Racism?

Kohen: My favorite thing about Team End Racism is that it’s a nonprofit business that’s meant to end racism once and for all! I like that I get to learn more, ask questions, and start conversations with my classmates… and everyone actually. I love to talk about Team End Racism!

Is there anything else you would like to tell us about your journey/work?

Sara: Never underestimate children. Kohen is more courageous, forgiving, and resilient than most adults I know! Listening to him, REALLY listening, has been eye-opening and inspiring.

Kohen: I’ve always tried to be a businessman, like wearing a suit and tie, so it’s really cool that I’m a President and Founder now. It’s been quite a journey since over the summer! Do you want to join my team?

Kohen is currently selling his Team End Racism shirt on Bonfire. You can also find more from Kohen on his Instagram and website.

After postponing his Australian and New Zealand tour dates due to COVID-19, musician Marc Rebillet turned to what he knows best – livestreams. To make up for the shows he was missing, Marc put on four free live stream concerts at the same time they would have been locally in

END_OF_DOCUMENT_TOKEN_TO_BE_REPLACED 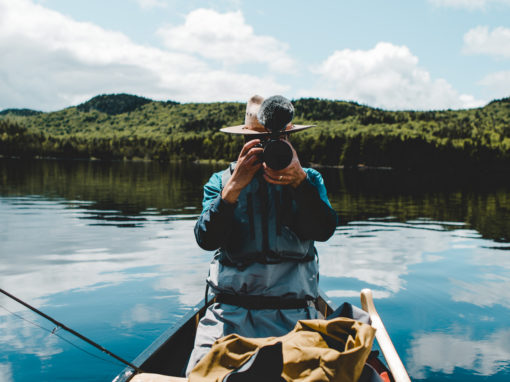 Chase and Aimee Bartee are the ridiculously talented husband-and-wife duo behind Tight Loops Fly. They travel around the country in their ’85 Westy named Bullwinkle, filming and photographing their experiences as they fish some of the most pristine streams and rivers in North America. They’ve used Bonfire to create their line of custom

END_OF_DOCUMENT_TOKEN_TO_BE_REPLACED

If you are a creator of any sort, you’ve likely had a season of life where you’ve stopped and asked yourself how you can do all the things you want to do. Juggling work, family, friends, and your creative side-hustle can leave you worn out and drained of inspiration and